A guide to public toilets in downtown Victoria

Downtown Victoria is well-endowed if you’re out and about and need to use a toilet. After a surge of troubles in the late 2000s when late-night revellers made things unpleasant by peeing in the streets, the city took action.
Phillip Jang Jul 28, 2014 4:21 AM 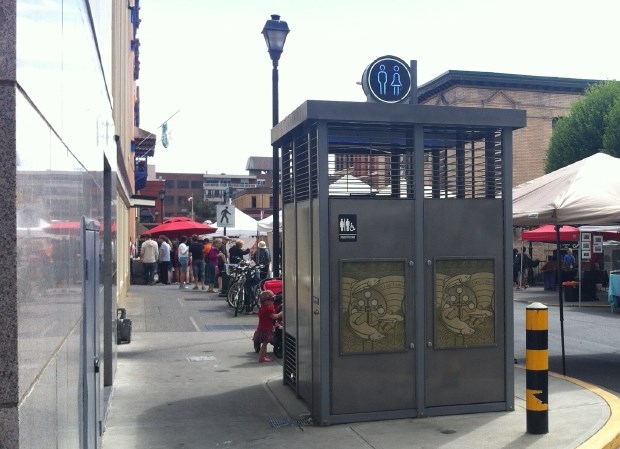 Downtown Victoria is well-endowed if you’re out and about and need to use a toilet.

After a surge of troubles in the late 2000s when late-night revellers made things unpleasant by peeing in the streets, the city took action. We ended up with two particularly fine facilities. The first was an outdoor urinal at Pandora and Government that does double duty as public art — a roof-less spiral of green tubes that provides a modicum of privacy. You can tell without entering when someone is using it. The quirky design attracted national attention when it was installed in 2009.

Next was a fully enclosed toilet stall that both sexes can use, which arrived in 2011 on the sidewalk on Langley Street near Bastion Square. It won a national “best restroom” award in 2012. (Photo above.)

There are many more places where the public is welcome (after you are turned away by one of those ubiquitious “no public toilet” signs). Here’s an overview of the ones I’m aware of. I originally prepared this list for visitors who were exploring downtown Victoria. Separate facilities for men and women unless otherwise indicated. Map below.

A. Centennial Square, near Victoria City Hall, off Douglas Street near Pandora. This is a 24-hour operation, supervised by security guards. There’s a sign that says maximum stay is 15 minutes. I’m not sure how that’s enforced.

B. Fisherman’s Wharf. Floating unisex toilet compartments along the waterfront. When you go inside and lock the door, an occupied notice will appear outside. There’s an informal lineup at busy times; people sort of wait their turn.

E. Outdoor urinal at Pandora and Government. Designed for men. Walk a short spiral to enter. You can watch the world go by while you’re in there. Open 24 hours.

There are several places that offer public toilets, but would prefer it if you did not just drop by for only that reason. It’s good form to buy something if you need to cruise through, but it’s unlikely that anyone will challenge you.

• Victoria Public Market, at the Hudson. Douglas Street, between Herald and Fisgard. Newly-built. Toward the middle of the market's main corridor, on the left side if you're walking in from the Douglas entrance.

• Royal B.C. Museum. Belleville Street, near Government. On the ground floor in the lobby near the security guard booth. No museum entry ticket required. They have those fancy Dyson air blade hand dryers.

On Symphony Splash Sunday, Aug. 3, 2014, organizers are bringing in plenty of portable toilets for the humongous event. Toilet clusters are on Belleville Street across from Royal B.C. Museum, and on Menzies Street across from Hotel Grand Pacific. Etiquette is to form a single line, and go to the first available toilet. If it’s an emergency, you can probably get away with butting in and shouting your apologies. You could also go to the public washrooms under the Tourism Victoria information centre at Government and Wharf. A map of the Symphony Splash site is here. 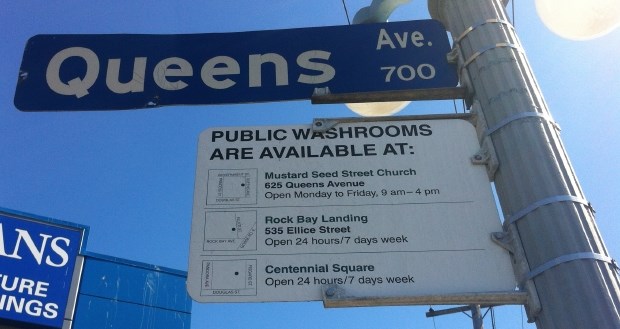 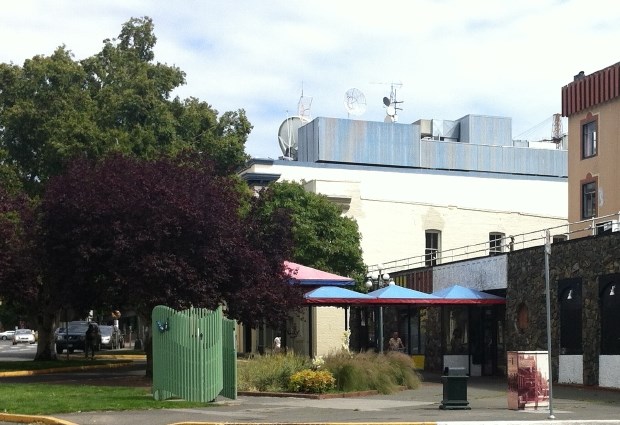 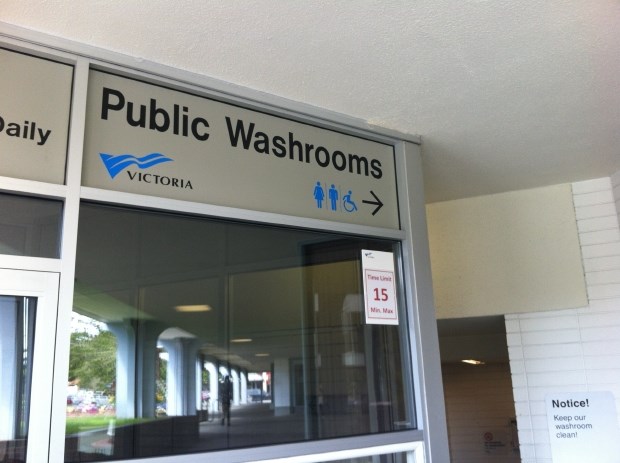 My previous posts are here.

How to block unwanted text messages

Why newer dishwashers run for an alarmingly long time

We are a hippie city

Riding the ferry for fun, and for the buffet

If your garbage bin is overfilled, it might not be emptied

Tips to make applying for a passport a little easier

How to pronounce Ucluelet, Tsawwassen, and that outdoor gear place

How to travel between Victoria and Vancouver on public transit