A conditional sale agreement has been reached for the Songhees and Esquimalt First Nations to buy 4.5 acres of remediated B.C. Hydro land in Rock Bay.
Carla Wilson May 25, 2019 6:00 AM
Previous Next
1 / 1 A fence decorated with murals runs on one side of the remediated Rock Bay property, along Government Street.
Expand
Previous Next

A conditional sale agreement has been reached for the Songhees and Esquimalt First Nations to buy 4.5 acres of remediated B.C. Hydro land in Rock Bay.

The sale is expected to be finalized early in 2020, said Bob Mason, who is heading the project team for the First Nations. Sale terms were not released.

These lands — on the traditional territory of the Lekwungen people — are adjacent to a three-acre piece of land, also remediated, which was transferred from the federal government to the First Nations in 2016.

Combined, the properties cover 7.5 acres and provide a long-awaited economic opportunity for the First Nations.

How development will be shaped has not been determined. The process will unfold through Matullia Holdings, the First Nations’ corporate body.

The site, at the north edge of downtown, has waterfront on the west side and borders Government Street on the east. Colourful First Nations murals line the property. Bay Street runs close by to the north and the land wraps around Rock Bay itself.

Ron Sam, Songhees Nation chief, said efforts to obtain the land go back two decades, led by his late uncle Chief Robert Sam, and the late Chief Andrew Thomas, of the Esquimalt Nation. “Their foresight and determination created this opportunity for us today.”

“Songhees and Esquimalt Nation ownership means that we will play an integral role in the local economy once again for generations to come.”

Robert Thomas, chief councillor with Esquimalt Nation, is looking forward to working with neighbours to come up with a vision for the properties that will “reflect our economic, social, environmental and cultural goals.

“Bringing this land into the market after 60 years will be a game-changer for this part of Victoria and for our communities.”

Due diligence will be carried out to understand the potential of the lands and come up with a business plan that suits the aspirations of the First Nations, Mason said.

Mason is a retired developer on the Lower Mainland who has worked with Songhees and Esquimalt First Nations for two decades. The project team also includes Victoria architect Franc D’Ambrosio.

“The difference between my clients and most conventional developers is that my clients want to have a significant equity interest in the property in 200 years,” Mason said.

“We are not in there just to build a building and sell it.”

He anticipates the eventual plan, will “allow it to evolve over a long period of time in a manner which allows the Nations to retain a substantial interest.”

The site has to grow as the city of Victoria grows, he said.

“I think the last thing we would want to do is develop all of it at once,” Mason said.

“Because A) I don’t think the city of Victoria could accommodate it but B) We’d end up competing against ourselves.

“It is not the appropriate approach for a market which is robust but is not huge. It’s Victoria. It’s not New York City.”

Victoria Mayor Lisa Helps said the city will work collaboratively with the First Nations to help them identify and achieve their goals.

These lands were among the most contaminated in Canada. It cost close to $140 million in public money and took a dozen years to clean. About 290,000 tonnes of contaminated sediment was hauled from the area.

Historically, industrial waste, including coal tar from a coal gasification plant, were used as fill in Rock Bay Harbour. 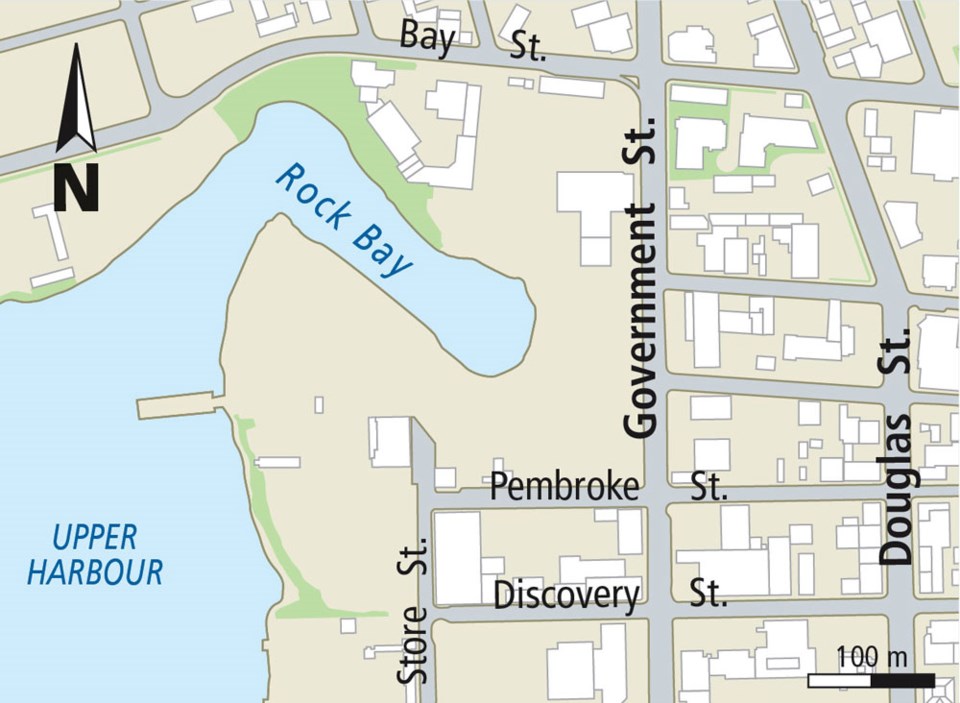 Truth and Reconciliation Day, 'We are all one': Schools mark Orange Shirt Day with helping hands
Sep 30, 2022 5:15 AM