A Central Saanich composting facility is going to court to fight a suspension of its licence by the Capital Regional District. Foundation Organics Ltd. filed notice in B.C.
Lindsay Kines
Aug 28, 2013 10:13 PM

A Central Saanich composting facility is going to court to fight a suspension of its licence by the Capital Regional District.

The petition also seeks a number of other potential orders, including that the CRD’s general manager hear the company’s appeal no later than Sept. 5.

The company’s lawyer, John Alexander, said his clients filed an immediate appeal of the suspension with the Capital Regional District, but were frustrated by delays.

“Foundation Organics has determined that it must proceed to court, in an effort to deal with the CRD’s suspension of its licence last week, and the unwillingness of CRD officials to address Foundation’s further appeal in a timely manner,” Alexander said in an email.

“Every effort was made to try to address CRD concerns, but it appears that it is necessary to proceed with a court action.

Alexander said the company operates on land in the Agricultural Land Reserve as part of a long-established farm operation on Stanhope farm at 6341 Old East Rd. 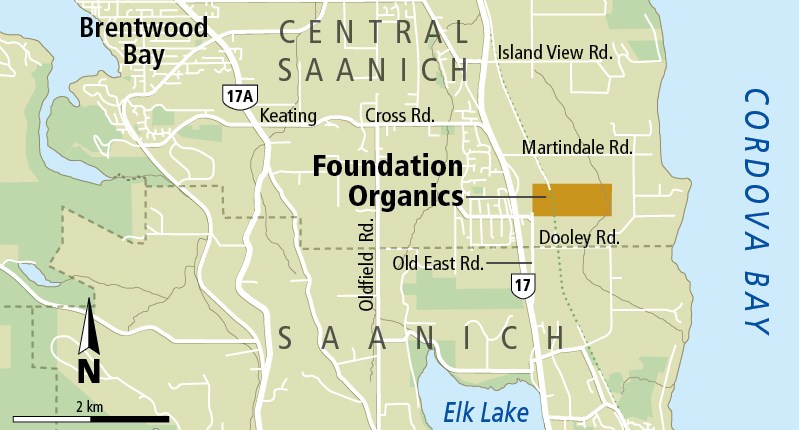 He said the company asserts its right to continue to produce compost fertilizer without any licence from the CRD or any other local government.

Alexander said his clients hope to get an initial hearing as early as Thursday or Friday.

“It will be up to a judge to figure out when they might want to hear that,” he said.

Orr confirmed that Foundation Organics had filed an appeal with the district. “But I guess that process could take up to 30 days, so they’re looking for immediate relief,” he said.

The facility was allowed to process food waste already on site, but had to stop accepting any new waste until it fixed the odour problem.

After a hearing on the issue, the district found the company in violation of its recycler licence as well as a district bylaw that regulates composting facilities.

The district said the company failed to follow the operating plan that was approved as part of its licence.

The CRD earlier suspended some of its processing contracts with Foundation Organics, including one to process household kitchen scraps from Victoria, View Royal and Oak Bay.

Orr said Tuesday that the food waste is being hauled to a facility in Cobble Hill.

“That’s not necessarily a long-term solution, but that’s where it’s going for now.”