The prospect of having housing for homeless people next door is being opposed by the board of directors at Christ Church Cathedral School, attended by 190 students ages three to 14.
Jeff Bell Jan 23, 2016 6:00 AM

The prospect of having housing for homeless people next door is being opposed by the board of directors at Christ Church Cathedral School, attended by 190 students ages three to 14.

The Victoria Cool Aid Society has an option to buy the adjacent Mount Edwards Court Care Home building on Vancouver Street and plans to convert it into a supportive-housing facility with 101 suites.

“In our community, in the work that we’ve been doing through the Greater Victoria Coalition to End Homelessness, our focus has really been on providing housing for the chronically homeless.”

The proposal for Mount Edwards Court came to the attention of officials at the Anglican school in October, head of school Stuart Hall said.

“Our kids run in the neighbourhood and all around this area, so we’re concerned about that, as well.”

The Christ Church Cathedral Educational Society board has concluded that the facility should not be at the site, Hall said.

“There’s too much uncertainty in the air around how it will affect our kids.”

Despite that, the school community admires what Cool Aid does, Hall said.

“We continue to support Cool Aid, kudos to them,” he said. “We’re keeping our ears to the ground to see what it is that we can do to help them find a location.

“We will continue to try to help them meet the needs of the homeless.”

Despite the concerns, Stinson said she is confident the facility is a good fit in the area.

“People care deeply about their children, of course, and we understand that,” she said.

“But we also know that people, once they’re housed, there is an immediate change in their stability.”

She said the facility will be staffed and has an interior courtyard for residents who want to be outdoors.

The society is planning a $9-million renovation project at the site, Stinson said.

“We’re raising $2 million in the community toward it, and we’ve already raised $1.8 million.”

Stinson said additional steps have to be taken with the school.

“Clearly, we haven’t done a good enough job of that to date, so more work is required,” she said.

Being close to a homeless facility also generated concerns at Central Middle School, after a temporary shelter was established across the street.

The shelter was opened on Jan. 5 to respond to the needs of people camping at the tent city in place on grounds of the Victoria courthouse. 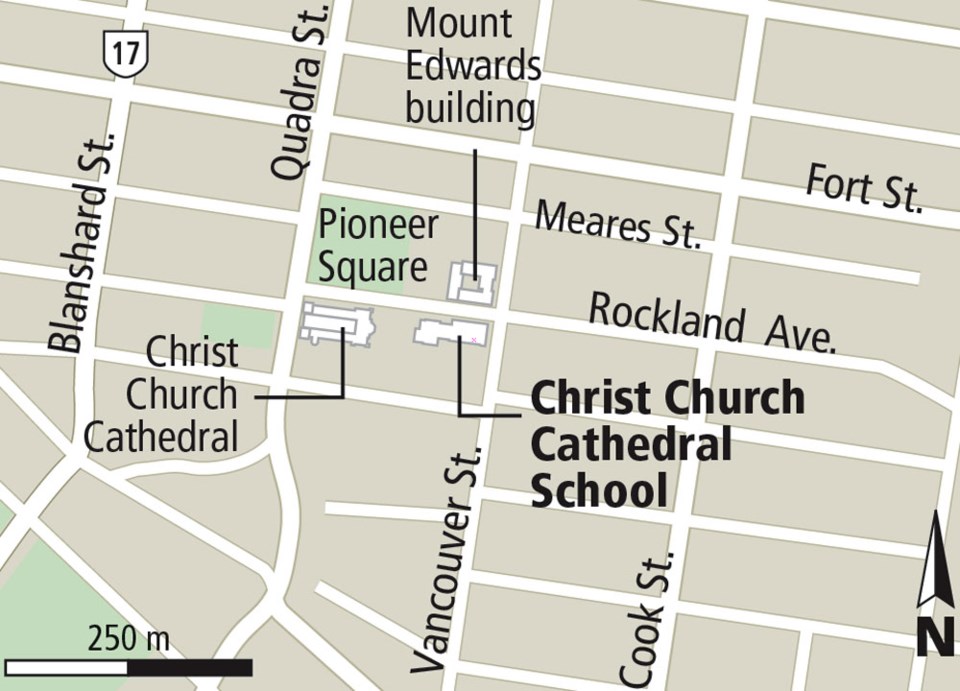 Victoria has second-highest wait times in Canada for walk-in clinics
Feb 8, 2023 3:00 AM