Caprice Theatre is fading to black after Christmas — but not for the reason many movie lovers expected. The aging Langford triplex, at 127-777 Goldstream Ave.
Michael D. Reid Dec 6, 2013 12:14 PM

Caprice Theatre is fading to black after Christmas — but not for the reason many movie lovers expected.

The aging Langford triplex, at 127-777 Goldstream Ave., is closing because its landlord, First Capital Realty, has plans to redevelop its property in the new year, theatre manager Brian Jupp said Friday.

The writing appeared to be on the wall because the 800-seat theatre that opened as a first-run movie house in December 1989 had not upgraded to digital projection and is still running 35-millimetre film, which Hollywood studios are phasing out. The Caprice had effectively become a “second-run” house since Cineplex Entertainment opened its new multiplex, Westshore Cinemas, in the summer of 2011, giving it first crack at new releases from major distributors.

“I don’t blame Cineplex. They saw Langford as a great movie market, and when you have two theatres in one zone, only one plays the [new] product.”

Jupp said he had begun pricing out digital projectors when First Capital Realty, which has owned the property since 2011, notified Caprice Cinemas it would have to “terminate our lease accordingly” on Dec. 31.

Property manager Gerry Boutin confirmed the Caprice was given an extension to Jan. 5 so it could operate over Christmas.

“They treated us very well,” said Jupp, 36, who began as an usher when was 16. “While we were saddened, we did expect it. We’re in a day and age when people want things now — and even yesterday.”

Acknowledging the Caprice was a “great theatre for our town,” Langford Mayor Stew Young accentuated the positive.

“It really worked for our community when we had 12,000 to 15,000 people,” Young said. “There’s a transition over time and now we have over 30,000 people who want choices so you build other facilities, and the Odeon does such a great job with their amenities, so it’s almost night and day.”

He said First Capital Realty’s transformation of Goldstream Avenue, anchored by Langford Centre, is win-win. “They’re top notch in bringing some of that downtown vibrancy,” Young said. “People are excited about the improvements.”

“I love working in a business where people enjoy themselves. Nobody goes to a movie saying ‘I want to have a bad time,’ ” she said. “I remember when there were lineups out the doors for first-run movies. You can really see the difference.”

With optimism, Jupp said he’s expecting the theatre’s final weeks to be stronger than ever. “People know we’re closing so maybe a lot will come for one last time.” 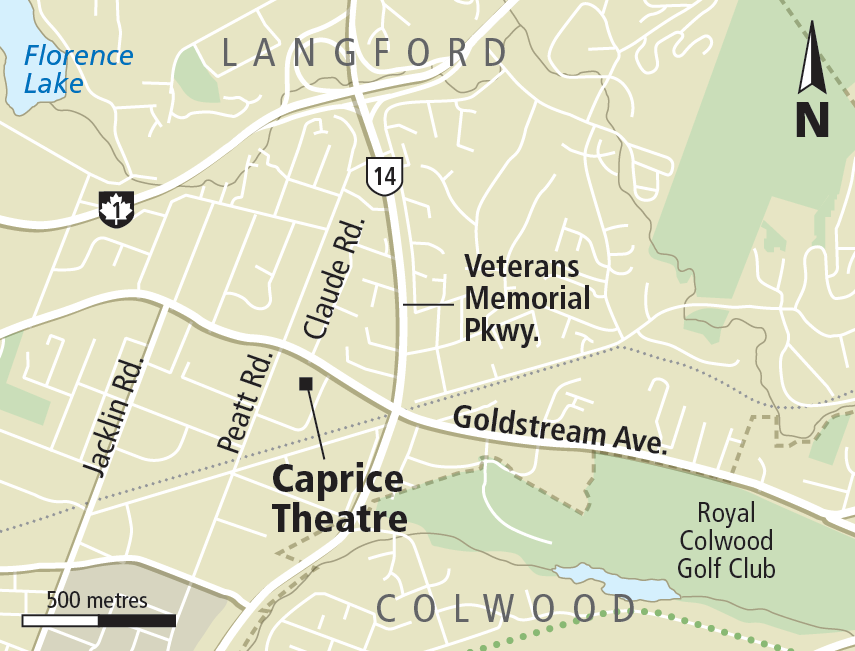