The Environmental Appeal Board has temporarily put the brakes on the approval of a permit to move 100,000 tonnes of contaminated soil from Greater Victoria to a facility in the Shawnigan Lake watershed.
Sandra Mcculloch Nov 17, 2013 2:21 PM

The Environmental Appeal Board has temporarily put the brakes on the approval of a permit to move 100,000 tonnes of contaminated soil from Greater Victoria to a facility in the Shawnigan Lake watershed.

The appeal board panel granted a request by the Shawnigan Residents Association and the Cowichan Valley Regional District to stay a permit issued to Cobble Hill Holdings (South Island Aggregates) by the provincial Ministry of Environment.

The stay is in place pending a hearing by the appeal board dealing with the decision by the Ministry of Environment to issue the soil discharge permit. Contaminated soil is currently being moved on a project-by-project basis.

The panel ruled there are valid concerns on determining risk the contaminants pose to groundwater, surface water and human health, it said in a decision made public Friday.

Declining to grant a stay could cause irreparable harm to groundwater and surface water, said the decision.

“Given that the contaminated soil that is permitted to be received and landfilled at the facility may include persistent and highly toxic chemicals such as dioxins and furans, there may be harm that could not be remedied,” it said.

The operator of the landfill has not, as of Oct. 30, 2013, fulfilled preconditions of the permit, such as submitting drawings of a settling pond, water-management infrastructure and a soil treatment area, said the panel.

Citing “the serious risks to the environment,” the panel decided to grant a stay pending a decision on the merits of court appeals. 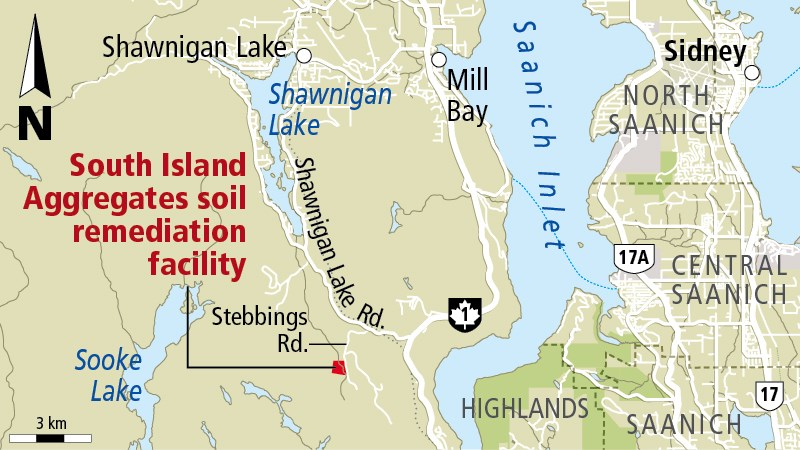