No, that photo of a gigantic B.C. salmon isn't a fake

We've got the receipts

Earlier this month we reported on some massive salmon that were caught in B.C. for a hatchery program, and we've since had a number of people ask the same two questions: were the fish returned to the river, and were the photos faked?

The answer is no to both of them.

The answer to the first question is implied in the original article but not explicitly stated: no, the fish were not let go.

The fertilized eggs are currently being reared in a hatchery until they turn into little fish (called fry) which will be released into the river system to help the population bounce back.

The answer to the second question (are the photos fake?) is obviously no but is a little harder to answer for the true skeptics who don't believe everything they see, so we tracked down the man in the photo that we got the most comments about.

Kyle Morton is the head fishing guide at Duncanby Lodge in Rivers Inlet, not far from the hatchery. He and his colleagues have been helping with the egg takes at the Percy Walkus Hatchery since 2016, and are used to seeing ones of this mammoth size.

In regards to the naysayers Kyle says, "The comments can be pretty entertaining at times," and that the chinook salmon he's holding weighed 70 pounds.

He sent along multiple photos that were shot in a sequence, which you can see in the gallery above. Aside from the hard fact that salmon can live to be above 70 pounds, the multiple angles shown here should set the record straight.

He also sent along this photo (below) of another man holding the same fish, only by its mouth.

The fish are real, and they're spectacular. 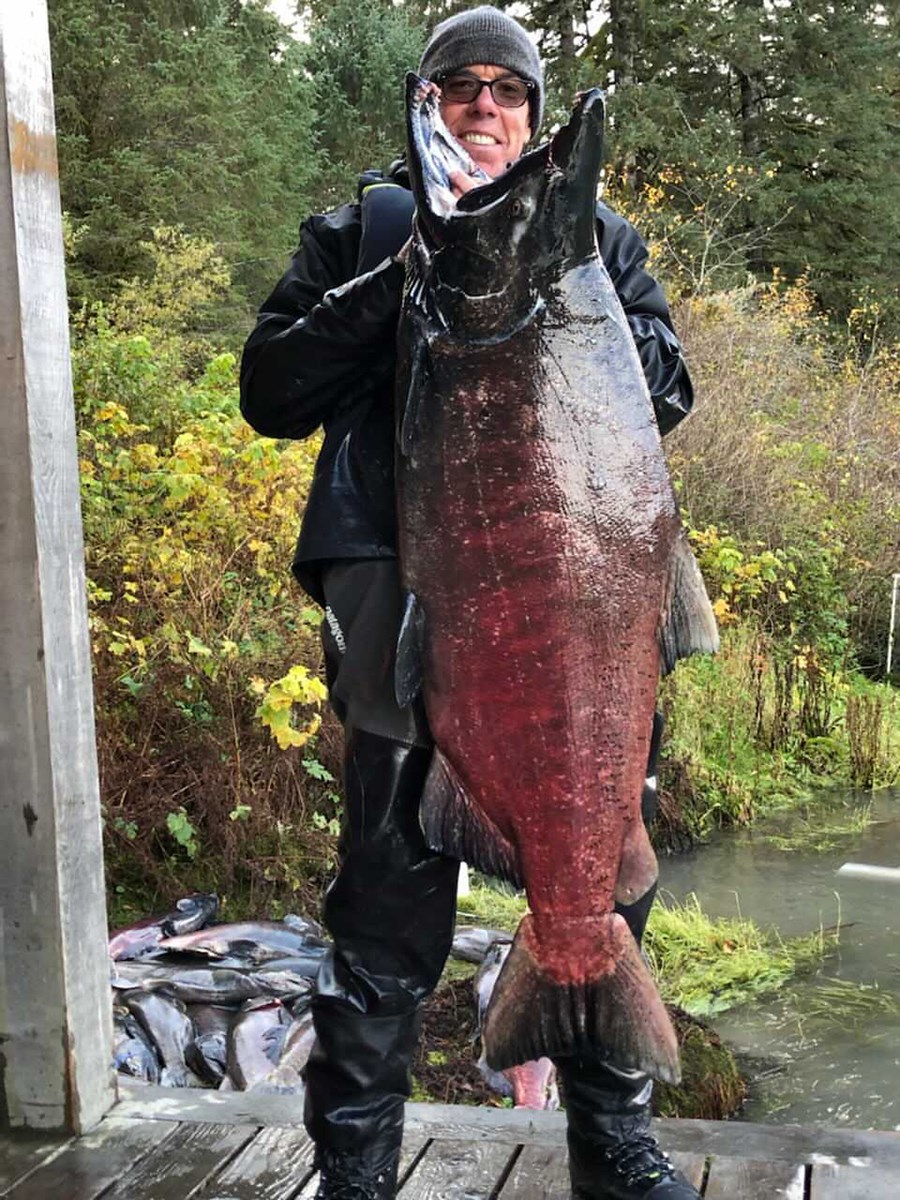