Victoria should abandon plans to locate a temporary tent city in Topaz Park, says Rob Fleming, MLA for the area.

“I appreciate the mayor’s commitment to now listen to residents and, at this juncture, I can’t see this proposal going ahead in Topaz Park,” Fleming, the NDP member for Victoria-Swan Lake, said from the Interior where he is vacationing.

“I think when you look at the risks and the costs of the proposal, it’s far better spent looking at better, more positive options,” he said.

City staff had eyed Topaz Park, the city’s second largest after Beacon Hill, as the most likely site for a temporary designated tenting area and had been working to find a service provider to run it.

But news of the idea sparked a wave of protest from nearby residents.

“I think that there’s been enough experience with tent cities both in Victoria and the art gallery a couple of years ago in Vancouver that raises a number of flags about how quickly things can get out of hand.

“I also think it’s a distraction from what we want to be talking about, which is permanent housing solutions to address the homelessness crisis.”

Helps this week publicly apologized for the botched roll-out of the homeless tenting plan.

She said the city has learned from the experience and said no further steps will be taken until residents are consulted, likely through city-sponsored workshops in September.

“I think the most important thing is that people in this community and right across Victoria want all levels of government to take action and tackle the homelessness issue in a serious way,” Fleming said.

Rather than designated tenting areas, Fleming said what Victoria needs is year-round funding for shelter beds. As it now stands, B.C. Housing funding for some 80 shelter beds disappears at the end of March every year for the summer months, forcing some to seek shelter in parks.

Victoria has been trying to find a solution to people tenting in city parks since a 2008 Supreme Court decision ruled that, in the absence of available shelter beds, it’s unconstitutional to deny a person the right to erect shelter in a city park.

City staff estimate that about 130 people sleep in parks on any given night. Associated costs, such as having police and bylaw officers move campers along every morning, garbage cleanup and environmental damage, are estimated at more than $600,000 a year.

Fleming said he doesn’t follow the logic behind the idea of bringing into one area campers who are spread out throughout a number of parks.

“I don’t think, therefore, it’s a good idea to concentrate them in a single park. That just doesn’t make sense to me.” 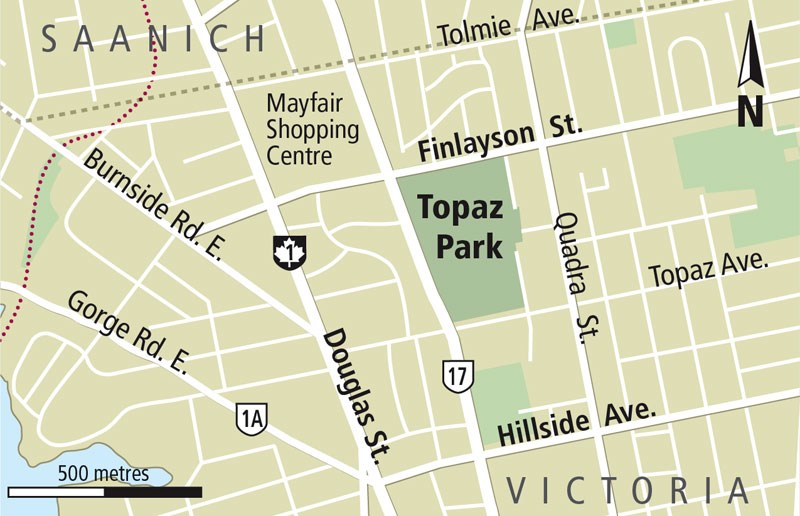 Ukrainian students at UVic ask for security after harassment
Jan 31, 2023 4:00 AM