Book excerpt: The race to build the city’s ‘Crystal Palace’

This is an edited excerpt from Stuart Stark’s book The B.C. Agricultural Association Exhibition Building at the Willows

The 1891 Exhibition of the B.C. Agricultural Association formally opened in the brand-new Exhibition Building on Wednesday morning, Sept. 30.

Thankfully, the overnight rain had disappeared, the skies had cleared, and the sun shone brightly on the huge crowd that had gathered on the still-damp grass to hear Lt.-Gov. Hugh Nelson — Queen Victoria’s representative in British Columbia — make his welcoming address. The crowd had to crane their necks, and look up, as:

“The opening ceremonies were performed on the rear balcony of the main hall, which overlooks the fairgrounds, the cattle ring and sheds; and a broad expanse of varied and beautiful country with the rippling Straits and the more distant mountains a background,” as the Daily Colonist reported. 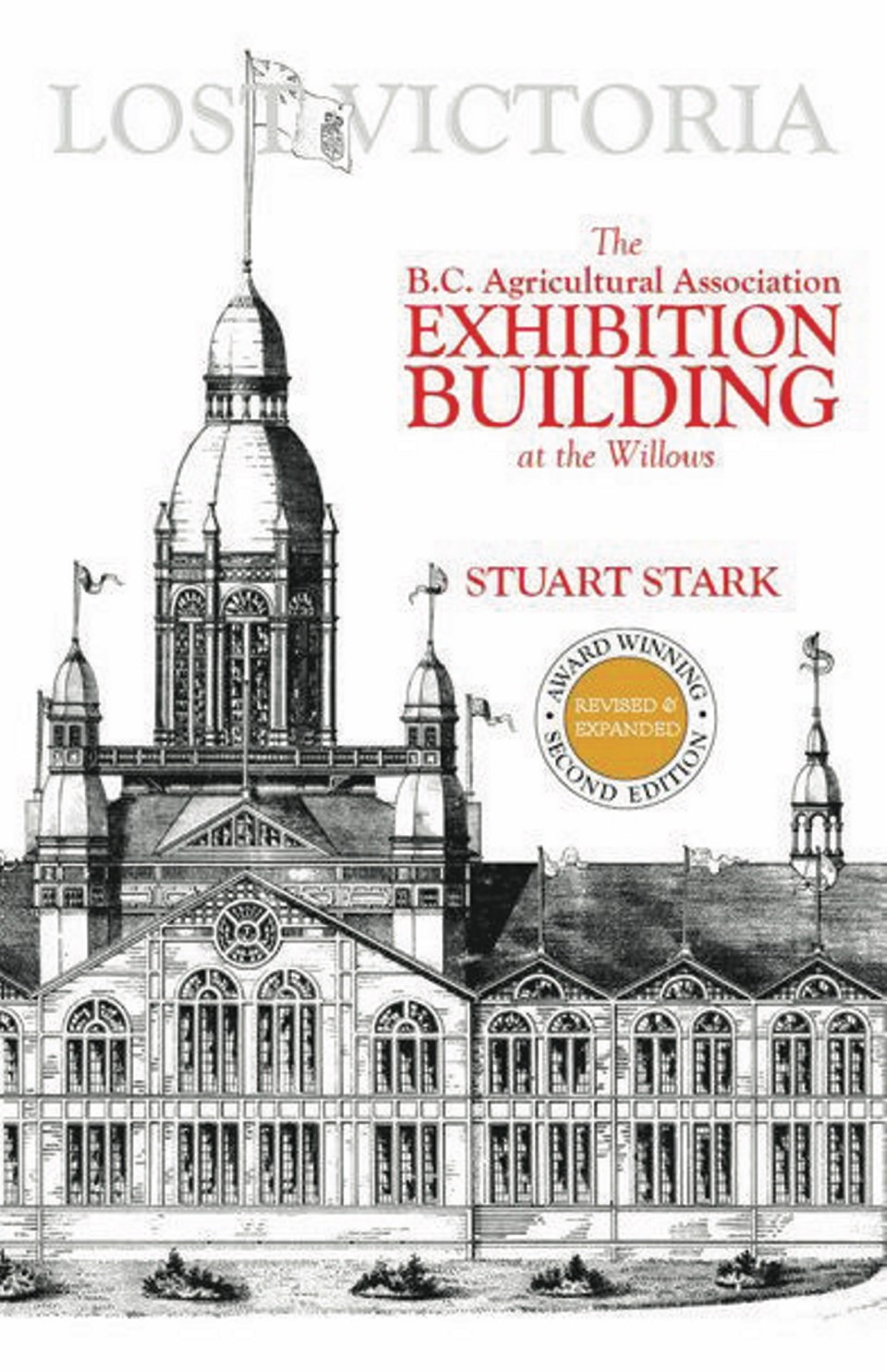 The crowds that thronged out to the Driving Park at the Willows now turned their attention to the magnificent edifice that towered over them, containing their eagerness to see the wonders within.

Architect Cornelius J. Soule had designed “one of the handsomest pieces of architecture on the Pacific Coast,” observed one attendee, while incorrectly noting that the building was “further admired for being completed in only sixty-five days.”

Construction had actually taken 90 days, but contractor William Lorimer had indeed delivered a finished building. The Victoria Daily Times had noted “there were doubts as to [Lorimer’s] sanity in accepting [the contract], but he was prompted more by patriotism and national pride than pecuniary gain. He said that he would get the building ready in time, and there it was.”

By mid-September, the “immense and rather handsome building” was nearly completed, but with only 10 days left before the Exhibition was to open, Lorimer still had to build the dome of the great building. Aided by plenty of men — now increased from 50 to 70, and working from daylight to dark — Lorimer was determined to have the building finished on time.

The Daily Times reported: “from the busy look of things [at the Exhibition Grounds] his word will be kept.”

At the opening, the Daily Colonist observed: “Of course, the hurry was so great, and the time for completion so short, that everything had to be finished off very quickly [but] it now presents to the most critical eyes the appearance of what it really is — a handsome, substantial edifice, creditable to all concerned in its erection.”

Fifty-two large, multi-paned, plate-glass, glittering windows extended from the ground up to the 56-foot-high roof, finishing in huge arches, making the edifice — in the words of the Agricultural Association — “a Crystal Palace.”

Visitors could drive their carriages through either of the large, arched gates into the exhibition grounds. At each end of the building, two enormous porches — originally designed as porte-cochères, for carriages to pass under them — had instead been transformed by architect Soule into grand principal entrances, with flights of stairs to the entry doors. Balconies — for viewing, band concerts or official openings — were above each entry, accessible from the first floor gallery.

More than 26,000 square feet of space on the main floor — and 10,000 in the galleries — was available for exhibits. A spectacular feature had been planned for the rotunda of the vast central arcade: a magnificent, ornate fountain, emulating the centrepiece of London’s Crystal Palace of 40 years earlier.

Architect Soule had envisioned the fountain sending “its curling spray upwards, amid rare and exotic ferns and flowers tastefully arranged around its base, all to add its brilliancy the charming scene.” Regrettably, the fountain was missing from any description at the opening of the Exhibition, likely not installed due to the time-crush of finishing the building.

In daytime, 52 huge, main windows evenly illuminated the interior of the massive, all-wood structure — banishing comparisons with the previous “barn-like” Agricultural Hall at Beacon Hill — while at night, emulating the Royal Exhibition Building at Melbourne, Australia, 20 electric arc lights evenly illuminated the ground floor and the main gallery, 20 feet above, with a “steady, milky-white light.”

For the adventurous, four staircases spiralled upward to yet another gallery, 20 feet higher again, where art exhibits were found, illuminated by 25 incandescent bulbs. From the dizzying heights of the top gallery, “a bird’s-eye view of the whole of the interior” could be seen.

If a visitor still had the strength, they could climb even more spiral stairs, narrower this time, up into four small, windowed turrets on the roof.

From each turret a small door opened onto a narrow wooden catwalk, which bridged diagonally to an outside viewing platform encircling the dome — a lofty 75 feet above the ground, the highest view from any man-made structure in the city.

Above the visitors’ heads, the tall octagonal, windowed, tower rose, 28 feet in diameter, crowned by Soule’s great dome, itself topped by a colonnaded cupola. The main flagpole rose from the cupola to an astonishing height of 170 feet, where a giant flag, donated by Mr. Marvin, flew.

Scattered across the great shingled roof were six smaller turrets, each with its own flagpole. Sixteen additional flagpoles topped various roof gables. When all 23 flagpoles were flying flags and pennants, snapping in the breeze — with extra strings of flags strung across the roof — a magical air enveloped the new Exhibition Building.

Once recovered from their climb, safely perched amongst the flapping pennants and clutching the wooden handrail, visitors could take in “a view of unsurpassed grandeur and loveliness … overlooking, as it does, a scenic picture unrivalled in natural charm and beauty,” as the scene was described in Williams’ Illustrated B.C. Directory.

“What was only a few weeks earlier a little lane leading down to the track, [Willows Road, now Eastdowne Road] is now a commanding thoroughfare of 75 feet in width, made so by the generosity and public spirit of several citizens owning land there,” the Daily Times reported. “‘Jumbo’ [the affectionate name for the City’s steam roller, named after the famous elephant] is improving this today, and it is likely that he will persuade it into a good road.”

The 1891 Exhibition Building was now ready for visitors.

Salt-marsh superpower: Blue marshlands store as much carbon as green forests
May 15, 2022 3:30 AM