Investors who have millions of dollars tied up with the League group of companies are reacting with a mixture of fear, anger and disbelief, with many wondering if they will see a penny from any of their investments.
Andrew Duffy Oct 22, 2013 6:26 AM

Investors who have millions of dollars tied up with the League group of companies are reacting with a mixture of fear, anger and disbelief, with many wondering if they will see a penny from any of their investments.

League is the developer of the Island’s largest construction project, the $1-billion Capital City Centre in Colwood. On Friday, it filed for protection under the Companies’ Creditors Arrangement Act to hold off its creditors and buy time to restructure its finances and clean up its complex corporate structure.

The move, which gives the company 30 days to develop a plan to deal with its creditors, debts and cash position, has left some investors fuming. That timeline can be extended indefinitely.

Paul Dunbar, who claims to have invested more than $1.2 million with League, said he doesn’t expect to see his money again and lays the blame squarely at the feet of League CEO Adam Gant and League co-founder Emanuel Arruda.

“I don’t know what to say about CCAA except maybe if [it means they] kick Gant out of League management, maybe they can salvage something,” Dunbar wrote in an email. “It’s too early to tell and it’s such a complicated mess at this point.”

League has filed hundreds of pages of documents with the court covering the 105 entities that fly under the League banner. There are reams of financial statements for each entity and cash-flow projections, but at this point there is no consolidated financial statement for all the entities.

The undertaking is so material-heavy that PricewaterhouseCoopers, the court appointed monitor for the CCAA proceedings, said they could not provide a spokesman to comment on progress given the sheer volume of material to wade through in a short period of time.

Dunbar looked at League’s real estate investments as a stable source of income and a means of preserving capital rather than suffering through the swings of the stock market. He said he first thought League was in “big trouble” a year ago.

“It was obvious because they had a lineup of people asking for over $21 million in money refunds and they were not paying anyone a nickel,” he said.

Dunbar said he and many other investors were given some hope they could get their money out of the investments when League went public. The company had suggested that might happen this fall.

“But when I look at the whole picture now, that was a last, desperate attempt by Gant and Arruda to pull a rabbit out of the hat,” Dunbar said. “They really just wasted a few million dollars of investors’ money on that pie-in-the-sky deal.”

Victoria O’Hara, who invested $100,000 in one of League’s real estate investment trusts, said she held out hope of getting her investment back until last Friday.

“I had some hope until that filing [for CCAA protection],” she said in an emotional interview. “Right now, I don’t know what my next move is.”

O’Hara said she is not a sophisticated investor and probably should never have considered League as an option, given she was under a doctor’s care for degenerative liver disease and was on medical disability. She invested an inheritance in League’s IGW Real Estate Investment Trust.

She wanted to park her money in a safe investment for a year as she planned the next phase of her life. She moved to Ontario in 2011 from North Vancouver to be closer to her family.

O’Hara has endured a serious financial burden as a result of the out-of-country treatment for her disease. She sent a letter to League executives hoping her special medical circumstances would be enough to convince them to release her money, and she said she was told it might be possible.

“But then Friday happened,” she said, noting she understands that means all payouts have been frozen. “I question the integrity now, I really do.”

Gant was unavailable for comment before press time Monday. 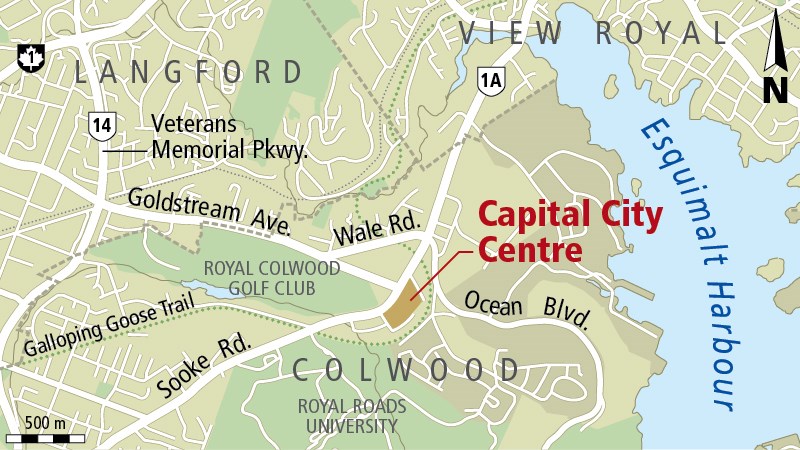