The power of rituals to mark important moments in our lives

As the Lunar New Year approaches, I have been thinking about how we relate to time. We have moments in life in which we take the time to deliberately and intentionally pause and acknowledge change— but they are few and far between.
Rev. Shana Lynngood Jan 25, 2017 8:23 AM

As the Lunar New Year approaches, I have been thinking about how we relate to time. We have moments in life in which we take the time to deliberately and intentionally pause and acknowledge change— but they are few and far between. We honor and ritualize the life altering experiences of birth, marriage, and death, but when it comes to anything else (a divorce, the end of a particularly hard year, the loss of a pet, etc.) you are on your own. If you want to acknowledge such times, you will have to invent something.

New Year’s (whether January 1 or Lunar) has always felt to me to be a ripe time for such invented rituals. I know of several friends and family who have traditions they have created that are less about welcoming a new year with a party and more about seeing it as a time for refection. Every time I hear about one of these small-scale rituals, it makes me wonder about what power and possibility could be found in collective rituals.

I read about one such ritual in a blogger’s account of a radio interview with people in Japan about a special site that had been set up in response to the devastating earthquake and tsunami of 2011. The blogger recounts the podcast (I discovered it was a This American Life episode entitled, One More Thing Before I Go):

“A man grieving the loss of his cousin in Japan bought an old-fashioned phone booth and stuck it in his garden overlooking the Pacific Ocean. He would go in the booth, pick up the phone (which was connected to nothing), and talk to his dead cousin.

When the tsunami and earthquake hit in 2011, the “wind telephone” became a public service. People who had heard about this macabre portal would drive hundreds of miles to have a chance to sit inside of it, pick up the phone, and have conversations with those they’d lost so suddenly….Listening to their stories is a revelation. It felt like such a gift to eavesdrop on these most intimate of conversations, dialogues of a sort between a person and the silence of someone dear. A little boy assured his dead grandfather that he had done his homework. A husband promised his wife he would build them a new house if she would only return from wherever she had gone. One teenage girl told her father about her favorite pop music obsession.

Sometimes they came alone; sometimes they crammed into the booth with other brothers and sisters and cousins. For many, it was the first time they’d talked about the loss with those who were still alive.”

I found this account so moving, not just because of what it said about the depth and intensity of grief, but also for how remarkable it is that one man created a ritual space that meant so much to so many. What if he hadn’t? Where and how would all of that collective loss been expressed? What difference does it make (if any?) to be able to acknowledge and honor our life’s turning points with others? With our community, however we define that?

I feel some of that sense of shared human struggle and gratitude every time I visit a cemetery or a monument. Seeing the stories of lives gone before mine; of wars or events that left trauma behind is invariably a source of both challenge and inspiration. Who knew that so much could be withstood? Why did we memorialize this and not that? What legacy would I hope to leave behind when I die?

We will have to be creative and come together around life threshold and change moments in need of acknowledgement. We have seen people create events and gatherings around political activism (as we did on Saturday when marchers in 673 locations in 57 countries around the world gathered to stand up for the rights of women). What we have seen less often is creations like the “wind telephone”. A place where we can share a personal loss or worry or fear in a communal or collective way. What might that look like here? What might that mean in your life? 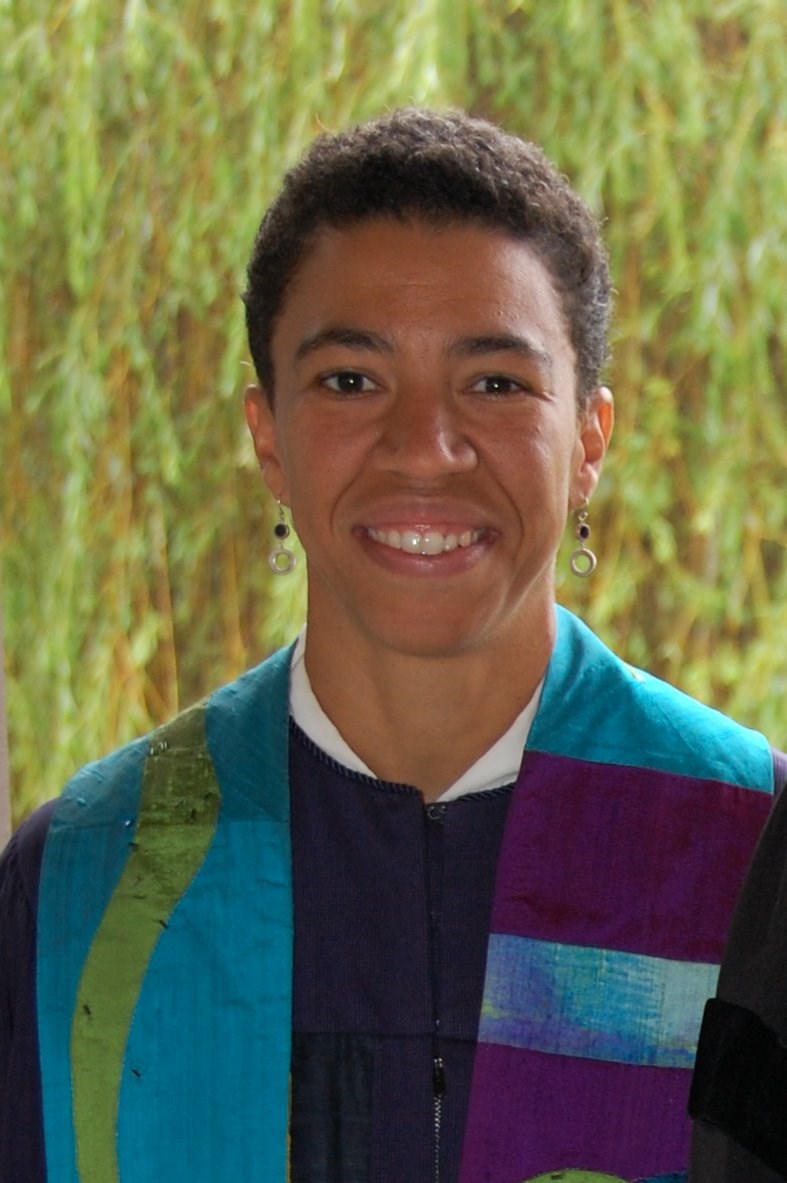 Rev. Shana Lyngood is co-minister of First Unitarian Church of Victoria. She has loved and served in Victoria since 2010

You can read more articles from our interfaith blog, Spiritually Speaking, HERE