Search for meaning can come through religious story-telling

Religion can be seen as a search for meaning through story telling. A few weeks ago, Jews celebrated Passover, a holiday built around telling the story of liberation from slavery in Egypt. It is, of course, the story told in the Book of Exodus.
Alan Rutkowski Apr 28, 2018 7:36 AM

Religion can be seen as a search for meaning through story telling. A few weeks ago, Jews celebrated Passover, a holiday built around telling the story of liberation from slavery in Egypt. It is, of course, the story told in the Book of Exodus. But at Passover, Jews read the story in a text called the Haggadah. In the Exodus story, Moses is the central character, but in the Haggadah, he is barely mentioned. What meaning can we give this omission? Perhaps the composers of the Haggadah feared that Moses would become a figure of excessive veneration.

The Haggadah is an example of midrash, a sometimes whimsical rabbinic commentary on Biblical themes. In another midrash on the Exodus story, the angels are rejoicing as the Egyptians who were pursuing the Israelites are drowning in the Red Sea. God rebukes them: “My creations are drowning and you are singing before me?" The Midrash is clearly making the point that God is not the God of the Jews only but cares about all of humanity.

A particularly curious midrash in the Talmud is the story about the Oven of Akhnai. The story recounts an argument among the rabbis about whether this particular oven can be kosher, i.e., ritually pure and fit for the preparation of kosher food. Rabbi Eliezer argued that the oven could be kosher. The other rabbis vigorously disagreed and maintained that features of the oven made it unfit.

Rabbi Eliezer marshalled all the evidence he could, but the other rabbis rejected his evidence.  In exasperation, he said to them, "If the law is as I say, may the carob tree prove it." A carob tree beside the study hall was miraculously uprooted and moved a great distance. The other rabbis were unimpressed and told Rabbi Eliezer that a carob tree has nothing to do with it. The argument continued.

Then Rabbi Eliezer pointed to a stream and said if the law is on my side, that stream will prove it." The stream immediately started to flow in the other direction.  Again the rabbis were unmoved, saying that a stream has nothing to do with the law. The argument continued.

Rabbi Eliezer cried out, "If the law is on my side, the walls of the study hall will prove it." The walls of the study hall begin to fall inward threatening to crush them all. Rabbi Joshua ben Hananiah told the walls they had nothing to say in the debate. Out of respect for Rabbi Joshua, the walls stopped falling, but out of respect for Rabbi Eliezer, they remained tilted inward. The argument continued.

Utterly exasperated, Rabbi Eliezer finally shouted, "If the law is on my side, Heaven will prove it." A voice came from Heaven saying, "Why are you arguing with Rabbi Eliezer, as the law is always on his side when he expresses an opinion?" Rabbi Joshua leapt up and said "It is not in heaven!" The argument continued, and Rabbi Eliezer was defeated.

Rabbi Joshua was referring to the Biblical passage Deuteronomy 30:12 “It [the Torah] is not in heaven, that thou shouldest say: 'Who shall go up for us to heaven, and bring it unto us, and make us to hear it, that we may do it?'

This story is open to interpretation. Perhaps it tells us we must not rely on miracles but must struggle to understand the Torah through study and argument. If we do, our understanding will evolve and change from generation to generation. 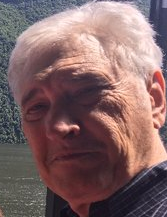 Alan Rutkowski is a member of Congregation Emanuel and a founding member the Victoria Jewish dialogue group of If Not Now, When?  He is a frequent contributor to the American journal Jewish Currents.

* This article was published in the print edition of the Times Colonist on Saturday, April 28 2018

Prophets and thinkers challenge us to meet current crises together
Aug 6, 2022 9:46 AM